Read what other students, parents, and coaches have to say about us!

Video Training Testimonials: See what other satisfied parents and athletes have to say about training with STFA.

Chris Husby is an excellent coach. He is easy-going, humble, observant, caring, and has an ability to teach kicking concepts in a logical and easy-to-understand fashion. He is detailed, and honest. As a former specialist himself, he recognizes the challenges specialists face in the sport. He began working with my son, Miguel, when Miguel was an underclassman in high school. He taught him regularly during Miguel’s high school years, and we believe he was fundamental in helping Miguel develop his kicking technique and maximizing his abilities. Miguel walked on to the University of Iowa football team, and eventually earned the starting job. He led the kicking teams to national prominence during his two years as a starter for the U of Iowa. Miguel is now preparing to compete for a kicking job in the NFL, and feels well-prepared, in part due to the strong foundation in the technical aspects of kicking he developed as a result of Chris’ instruction.

Chris is a great trainer and coach. Beside his technical knowledge he has the perfect style to coach kickers. He creates great confidence and is always encouraging his kickers. He has worked for 7 years with my son and was a key inspiration for his career. Kickers should see it as a privilege to train with him.

I remember my first lesson with Coach Husby was really different. I could tell how much he cares about what he does and coaching people. He’s help me grow as an athlete and a man. He has also helped me from been a high school kicker to now a division 1 athlete and I am forever grateful to him and the entire STFA squad. Honestly, I’m forever grateful!

I have trained and worked with Chris since my Freshman year of high school when he was just starting Special Teams Academy and then throughout my collegiate career while I was a 4 year starter. Even now as I start my journey into coaching, I continue to look to him to help learn the game from him. But what I can tell you is that Chris defiantly can take you to the next level and shape you or your child into a polished specialist that will compete. He knows what it takes to get to the next level and beyond better than just about anyone in the industry and if you want to be successful, I would highly highly highly recommend looking into contacting Chris and Special Teams Football Academy to get you there.

I have worked with Coach Husby over the past several years and have been impressed with his diligence in evolving and updating his knowledge of the special teams side of great American football. As a long snapper I present a perspective on special teams coaches that is somewhat skewed to the of kickers and punters. When I first met coach Husby our initial drills were simple yet highly effective in presenting proper form and technique; in continuation, our drills developed into targeted, detailed aspects of the craft. While some kicking coaches know a little about snapping, others such as Husby take what they know and build it upon experience and by a constant passion to pursue knowledge even in finite detail.

We were introduced to Chris when our son, Alex, was in middle school.  We met at a kicking clinic he was conducting.  Little did we know what this relationship would turn into.  From that point to now, Chris has become an important part of our family.   Our son is Alex Probert, who graduated from Andover High School in 2016 and is currently a scholarship kicker at Liberty University.  We owe so much to Chris as a mentor / kicking coach to Alex but also as a friend that gave advice. He models the importance of being a great man besides an effective kicker. He has always been there in the good times and the challenging times for Alex.  He speaks truth and encouragement to him and provides great leadership for him to follow.

As a coach, Chris provided Alex the tools he needed to keep improving as a high school kicker into a D1 FBS kicker.  Alex has a passion to be the best and under Chris’s leadership he has been able to keep progressing with each step of this journey.

As a parent, Chris has been a wealth of knowledge for us.  Had he not encouraged Alex to attend college specialist camps, I am not sure we would have attended any.  Alex’s attendance at these camps opened up some big doors that led to scholarship offers.

Parents, if you are looking for a man of integrity and knowledge to invest in your son or daughter, my wife and I completely endorse Chris and his team of coaches.  Alex has been blessed to work some of the top kicking coaches in the country and Chris and his team is right there with them.  What Chris brings to the table is the ability to invest in the whole person, not just the athlete.

“If you are looking for an excellent trainer in both kicking and punting, I highly recommend Coach Chris Husby.  Chris has given both my sons private and group training lessons over the last 3 years. Chris has the ability to analyze and improve their skills and technique to bring them to next level and through his camps they have proven to be 5 star athletes.

Coach Chris Husby has joined up with some of the top football training programs in the country, and through the charting of these Kicking camps it has given them the opportunity for D1 & D2 College coaches to review their talent for kicking and punting and attended College Camps with some of the nations top athletes. To name a few Colleges that expressed interest and invited them for Show Case camps were the University of Alabama, University of Minnesota, University of Minnesota (Duluth), Minnesota State Mankato, Santa Barbara City College, CA. and Iowa State.

Coach Husby has been a leader, a role model and a positive influential on and off the field, his passion toward the game shows in all aspects of his teaching & training. Thank you Coach Husby.”

“Coach Husby has been working with me since I very first started kicking.  At my first camp of his I went to freshman year he gave me basic skills to work on and then he progressively molded me into a kicker that now has a serious chance of kicking at a division 1 level.

Coach Husby has not only helped me with the physical skills of kicking, he has also helped me with the mental aspect of it. I was kicking at the University if Minnesota’s specialist camp, and had shanked 2 kick offs, he came over to me and told me to keep my composure and to block those kicks out of my head and to focus on the next kick, and my very next kick was 70 yards with a 4.0+ hang time.

Coach Husby has not only helped me kick better for my football team, but has helped give me a chance to accomplish my dreams of kicking at a collegiate level.”

“Connor has been a student of Coach Chris Husby and his staff at Special Teams Football Academy since October 2010. Three years later, Coach Husby has always been there for Connor in all aspects of teaching and mentoring in what it takes to be a competitive athlete. Chris surrounds himself with a quality and experienced staff that understands the process of getting the best out of every athlete in a positive environment.

Chris has not only has established himself as top instructor in the kicking, punting, and long snapping arena, but is impacting the future of some of the nation’s best specialists.  Top college and university coaching staffs are finding out what we’ve known for years, that Coach Husby, is a trusted source to them in the instruction and recruitment of their scholarship athletes.

Whether being at a Minnesota Specialist Camp, National Camp Series, or private one-on-one lessons, Coach Husby’s personal goal of getting quality affordable training and exposure to future playing opportunities is something we will always be grateful as parents. Coach Husby has been the answer for us in building both the physical skills and mental confidence in Connor.  Connor is not a nationally recruited punter today without Coach Husby’s instruction and commitment to him.”

“Coach Husby has helped me make large strides this year as a punter. He has helped me learn the art of a successful punt through technique and attention to detail.”

“Coach Husby is a great guy who knows everything there is to know about Special Teams. I would highly recommend any specialist in need of training or refinement to contact Chris as he knows what he is talking about and will help to make you a better and more well rounded specialist. He is a guy that truly cares about Specialists and he wants to help them achieve their goals whether it to be the starter on their high school team or to make it to Division 1.”

“Alexi was looking for a coach, and after discussions with several kickers and coaches in the Twin Cities, it was clear that working with Chris would be a tremendous opportunity for our son.  Alexi’s kicking has become more accurate and more powerful since working with Chris.

This is due to his eye for detail and his ability to help kickers understand the mechanics behind kicking as well as the physical background behind being a top notch kicker.  His biggest improvements have been his accuracy and distance.  He was named All metro and All state in 2011. We give all that credit to Chris for helping our son.”

“Chris is an not just another kicking instructor.  He is a teacher that is willing to take the time and effort to look at each kicker and punter on an individual level in order to cater to their specific needs, kicking style, and approach.  He has years of collegiate experience, and Free Agent NFL level training and tryouts, which have allowed him to not only help high school and college specialists, but myself included.

Chris does all of this in order to give back what he has learned over the years and I applaud him for that.  I can’t thank Chris enough for the influence he has played during my collegiate career at Minnesota, but also as a mentor as I continue on in my journey to the NFL.

I would recommend Chris to anyone that is looking to improve themselves on and off the field.” 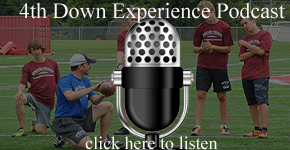